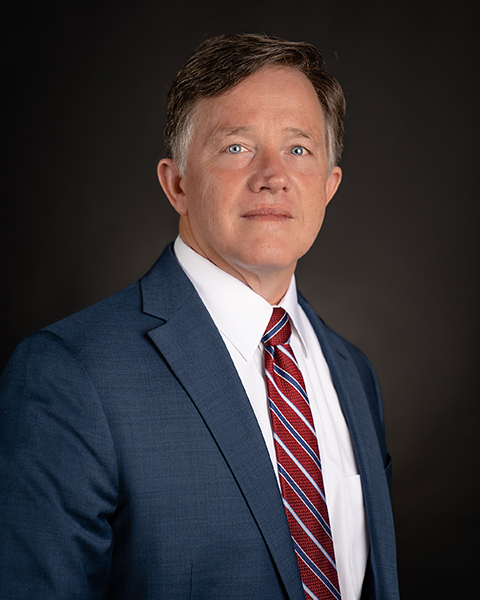 Since 1994, Tracy has only represented injury victims and has never represented insurance companies. Tracy is personally driven by his dedication to those he represents, his faith, and in the pursuit of justice.

Tracy is board-certified by the American Board of Trial Advocacy, is a graduate of the Keenan Trial Institute and is constantly seeking to enhance his skills to make him a better courtroom advocate. He has an AV Preeminent® rating from Martindale-Hubbell®, the highest possible peer review rating for legal excellence, ethical practice and case outcomes. He is rated 10.0 “Superb” by Avvo, and has repeatedly been selected for inclusion as a member of Super Lawyers®.

In addition, Tracy is a a zealous advocate for injured workers. He authored a consumer rights book (now in its second edition) entitled The Injured Workers Survival Guide – The Five Mistakes That Can Wreck Your Workers’ Compensation Claim. Tracy has authored many published articles in legal periodicals and has been a frequent speaker at continuing legal education seminars.

Tracy earned his Juris Doctor degree in 1992 at the University of Alabama School of Law and his B.S. from the University of Florida College of Journalism and Communications. Between college and law school, Tracy served our country on active duty in the United States Army as an artillery officer. During law school, Tracy served in the Alabama National Guard and upon passing the bar, Tracy served as a JAGC Officer in the Alabama Army National Guard.

Tracy and his wife Susan have four children and three grandchildren. In his spare time, Tracy enjoys family, travel (he has visited all 50 states, 24 countries and 27 of 30 Major League Baseball stadiums and counting) and sports. As often as possible, Tracy plays bass guitar in his church praise band.

Alabama Personal Injury Lawyers, LLC – August 2021 to the present. After 27 years of practicing in medium and large firms, Tracy decided to start a small boutique law firm to provide personalized legal representation to a smaller number of clients with personal injury cases such as car wrecks, slip and falls, on the job accidents, etc.

Tracy was born in Kansas and grew up in Florida in a very large family. As a teenager, Tracy furthered his musical interests by spending 19 months traveling across 45 states playing guitar and bass in a Christian musical group that performed in prisons, churches and schools. Later, Tracy attended a semester of Bible training at Capernwray Bible School in Lancashire, England.

Tracy worked his way through college and law school, at times working as many as three jobs to fund his education. After graduating from the University of Florida’s College of Journalism and Communications, Tracy entered the U.S. Army where he was named Trainee Leader of the Cycle in basic training and then completed the Army’s Officer Candidate School where he was commissioned a second lieutenant in the field artillery. After completing a three-year tour of duty in the Army’s “Big Red One” Tracy entered the University of Alabama School of Law, graduating in December, 1992. During law school and afterwards, Tracy served as a captain in the Alabama Army National Guard in both the Field Artillery and the Judge Advocate General’s Corps.

College of Journalism and Communications, University of Florida, Gainesville, Florida, 1985

“The Injured Worker’s Survival Guide – The Five Mistakes That Can Wreck Your Workers’ Compensation Claim”, 2009

“ Have we Forgotten? – Revisiting the Legislative Intent of the Alabama Workers’ Compensation Act”, Alabama Association for Justice Journal, Vol. 30, No. 2, Winter 2010.

“A New Top Ten List: The Top 10 list of things that should be changed about the Alabama Workers’ Compensation Act”, Alabama Trial Lawyers Association Journal, Vol. 24 No. 3 (Summer), 2004

“Where Have All the Lawyers Gone? The Problem of the Vanishing Lawyer-Legislator”, The Alabama Lawyer, Vol. 67 No. 2, March, 2006