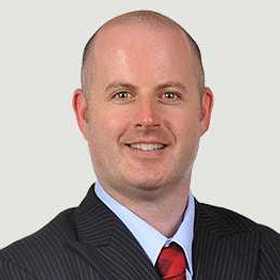 Michael W. Cardamone, Attorney at Law, specializes in workers compensation law. Through his firm, Cardamone Law, he dedicates one hundred percent of his practice to helping workers who get injured at work. In 25+ years of service, he has fought thousands of cases and represented countless clients with serious workplace injuries. These injuries include new accidents suffered at work, prior health concerns that were made worse due to the job, and mental health problems that arose or deteriorated during the course of the employment.

Understanding that workers compensation is a complex area of law — workers are not only worried about their injuries or illnesses but also concerned about bills and whether they’ll be able to work again — Michael treats each case as a unique one, and develops legal strategies that answer the specific needs of each client and each case.

If you are looking for an expert workers compensation attorney who will bring knowledge, empathy, and humor to the table, get in touch with Michael Cardamone today.

Before opening his own law firm, Cardamone Law, in 2013, Michael spent 15 years practicing workers compensation law for a variety of prominent Pennsylvania firms. There, he gained an immediately following of a loyal client-base, thanks to his dedication and passion, but also the mastery of PA Work Comp Law as well as his friendly style.

His clients appreciate his down-to-earth attitude and the knack to simplify complex workings of law.

In 2013, he founded Cardamone Law, establishing his own legal practice where he could devote all of his focus and effort to fighting for injured workers of Pennsylvania. The firm was an instant success and since then has cemented its position as a boutique law firm dedicating all its resources to successfully represent injured workers.

In a legal career spanning more than two decades, Michael Cardamone has gone against some of the largest companies in the U.S. such as Home Depot, Walmart, Lowe’s, and others. He has won millions of dollars for his clients in settlements, medical bills, lost wages, and other forms of workers compensation.

1999 — J.D. from The Villanova University School of Law

●    Top 10 Personal Injury Attorney in Pennsylvania by the NAOPIA

●    Top Attorneys of North America by Who’s Who

●    Top 100 Employment Lawyers in Pennsylvania by the National Advocates

●    Lawyering Together Program thru Villanova Law

●    Michael Cardamone raised money for the Leukemia Society during his junior year at Boston College.

●    The firm has been a proud sponsor of local sports teams such as the North Penn High School Baseball Team, River Dogs in the Whitpain Township Recreation Association, and more.

●    Michael Cardamone often appears as a featured guest on the radio show ‘Ask the Experts’ on Talk860, where he talks about workers’ compensation law, and demystifies the knowledge around it. He also publishes monthly workers’ compensation related podcasts on his website and YouTube channel at: https://www.youtube.com/@CardamoneLaw