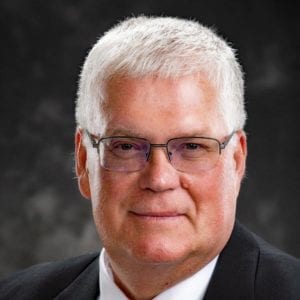 Eric Rasmusson grew up in Helena, Montana and attended school K-12. He received an excellent education which Eric credits, along with the influence of his parents, to his later successes in life. He graduated from Capital High School in 1981 and started his undergraduate education at Montana State University in Bozeman, Montana. Eric lived and went to school in Bozeman when it was still a sleepy cowtown with a college before it became one of the crossroads of the world.

At MSU Eric majored in Fraternity. Eventually the wanderlust of youth led Eric to several jobs in and out of Montana which did not require a desk. His favorite job was a loader for an air freight cargo company in Anchorage, Alaska where he had the opportunity to frequently take fixed wing aircraft trips into “The Bush.”

Eventually Eric ended up in Scottsdale, Arizona and a close friend convinced him to attend a paralegal school. Eric became a certified paralegal which led to employment at a general practice law firm in Tempe. This experience, combined with a longing for Montana, led him to the University of Montana in Missoula where he completed his undergraduate work in 1989. He moved directly into law school at the U where he earned his Juris Doctor degree in 1992. Eric credits his high blood pressure to studying for and successfully passing the bar exam the first time. He and his sister were the first ones to achieve undergraduate degrees in their family. Eric is the first lawyer in his family. His parents were and still are proud of this achievement.

After law school Eric began working for a general practice law firm in Missoula. After a year he took over an existing practice in Boulder, Montana and formed his first law firm. This was a great experience and gave Eric wide exposure to the law, where he learned broad legal principles and which continue to aid him in his practice to this day. Boulder also helped him become a better outdoorsman.

In 2000, Eric returned to the law firm in Missoula for which he worked as an intern when he attended law school. This firm focused upon Workers Compensation, Personal Injury and Wrongful Death, Social Security Disability, and Medical Malpractice negligence. In 2018 he was invited to join a different firm in Missoula and continued in these practice areas. In January 2020 Eric came full circle and formed Rasmusson Law Offices, PLLC where he continues to represent injured and disabled people throughout the State of Montana.

Eric and his wife enjoy the best of what Montana has to offer. He feels very blessed to be able to make a good living in the State he loves, representing the people he respects and admires.