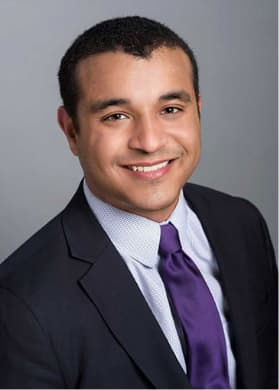 William J. Lightfoot is a founding partner of May Lightfoot PLLC. He earned his law degree from the George Washington University Law School. Prior to joining the firm, Mr. Lightfoot worked in Mayor Bowser’s Office of Legal Counsel where he helped draft legislation. In 2015, Mr. Lightfoot worked as a law clerk in a plaintiff’s personal injury firm. He worked on a wide variety of cases involving who were injured, including construction accidents, medical malpractice, workers’ compensation, car accidents, and premises liability. As a lawyer, Mr. Lightfoot continues to represent clients in all of these areas and more.

Admitted in 2017, District of Columbia