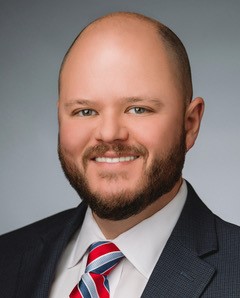 Attorney Tyler Lee left one of the “big firms” after fourteen years of practicing law to open Lee Injury Law in 2019, so that he could focus on what he loves doing most – helping injured people win their legal cases and get their lives back on track. He has been recognized as an AV Preeminent© Lawyer by Martindale-Hubbell, has been named to the Best Lawyers directory, has a 10 out of 10 rating with AVVO.com, and was named to the Legal Elite of the Midlands for 2019 by Columbia Business Weekly.

After graduating from the University of South Carolina, he began his legal studies at the University of South Carolina School of Law. While still a law student, he worked for two years as a law clerk with a prestigious firm, where he worked on personal injury, workers’ compensation, and social security disability claims. After graduating from law school, he was selected as a judicial law clerk to the Honorable James E. Lockemy, who is now the Chief Judge of the South Carolina Court of Appeals. Tyler was then appointed an Assistant Attorney General, where he served as a prosecutor in the Internet Crimes Against Children and Violence Against Women departments.

In 2008, he began handling auto accident, personal injury, wrongful death, and workers’ compensation cases on a full time basis for a large local law firm, where he was eventually elected as a Shareholder. He has handled well over 2000 claims, from minor injuries to catastrophic brain and spinal injuries, and has significant courtroom training and experience.

Tyler lives in West Columbia, SC, with his wife, their two beautiful children, and three dogs. He is a licensed private pilot, and enjoys BBQ cooking, fishing, hiking, and enjoying the outdoors.