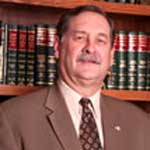 Steve Taylor practices primarily in the area of worker’s compensation and personal injury. Mr. Taylor is a graduate of Sikeston High School, Southeast Missouri State University and received his law degree from the University of Missouri – Columbia.

Mr. Taylor has been active in the practice of law in the Sikeston area since 1973 with extensive jury and non-jury trial experience . He has served on the Board of Governors of the Missouri Association of Trial Attorneys; has served the Missouri Bar as a Disciplinary Hearing Officer; and has served as Special Assistant Attorney General for the State of Missouri. He is presently a member of the Workers’ Injury Law and Advocacy Group, the Missouri Bar Workers’ Compensation Committee, the American Association of Justice, the Scott County Bar, and Missouri Bar Association.

Mr. Taylor has been a lecturer at continuing legal education programs for the Missouri Bar Association on matters involving workers’ compensation law. He is admitted to practice in state courts in the State of Missouri and in US courts for the Eastern District of Missouri, the 8th Circuit Court of Appeals and the Supreme Court of the United States of America.

He lives in Sikeston with his wife, Pat. They have two children and five grandchildren.