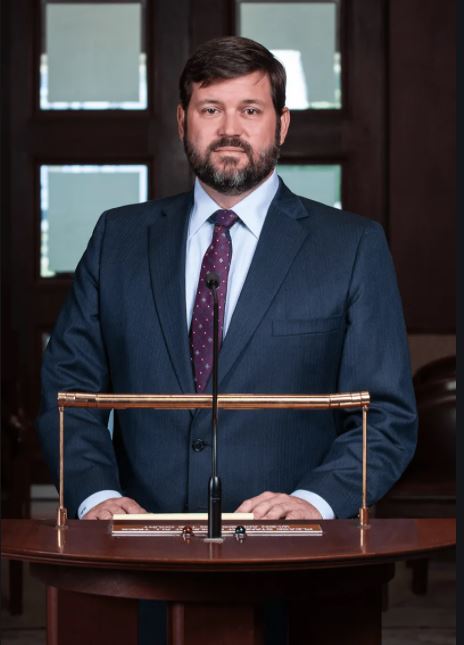 I grew up in the Montgomery and Elmore Counties and have continued to make the River Region my home where I raise my children. I attended the University of West Alabama for my undergraduate education and then to Jones School of Law at Faulkner University for my law degree. I have three wonderful children who love to play, relax on the lake and occasionally like hanging out with Dad still. I enjoy running, being on the lake with my kiddos, and watching college football with family and friends.

I have practiced here in Montgomery and the central part of the state since I began practicing law in 2001. I have also handled cases through out Alabama from Huntsville to Mobile and a lot of places in between. I regularly practice in the state and federal courts as well as through the appellate courts. My practice allows me to help persons from many different walks of life that did not plan to need to hire a lawyer but find themselves suffering from either personal injuries from an accident or a work related injury. I also help persons that are charged with crimes when they have made bad decisions or found out that what they were doing may have violated the law. I am honored to be able to help people in difficult times when they are overwhelmed with a legal matter.

Matt has maintained a general practice of law including automobile accidents, personal injury cases, represented those injured while at work, federal and state criminal defense, and has represented many businesses as their attorney since 2001.

Matt has litigated cases to juries throughout Alabama. He has litigated automobile accident cases, personal injury cases involving slip and falls, catastrophic injury cases involving amputations, and severe workplace injury cases where the clients cannot return to their jobs. He has litigated these cases and made the insurance companies pay multi-million dollar and other large settlements because of the negligence of others. From broken bones, back and neck injuries, horrific dismemberment injuries in industrial accidents, and wrongful death cases, Matt understands the need for his clients and their families to understand the process of litigation, the realities of going through a lawsuit, and what can be expected so that they can make the informed decisions to go to trial or settle their case.

Matt enjoys spending his free time with his kids, enjoying the lake, and their dogs.

Matt recently tried a case to verdict against International Paper and his client was awarded compensation benefits for the rest of her life. The value of these benefits to her over her lifetime will be greater than $1.5 million dollars over her lifetime based on her life expectancy.

Matt was a member of the trial team to secure a multimillion-dollar settlement against a major chemical company where a client lost his hand in an industrial accident. The client now receives medical benefits and gets income from his settlement for the remainder of his life.

Matt had the pleasure of representing a Cuban refugee who had come to America in his teens. He had worked all his life in America since his teens. He was driving an 18-wheeler when he was stopped by an Alabama state trooper. He consented to the trooper searching his truck and 22 kilograms of cocaine was discovered. The client was unaware the $5,000,000 worth of cocaine had been stowed in his truck and he was arrested for the drug trafficking charge. The federal jury heard the evidence including various expert witnesses from the DEA and after the closing arguments were made by Matt, the jury returned a not guilty verdict.

Matt litigated a case involving a fall by a client who suffered knee injuries and had to have surgery after working with inflatable amusement bouncy houses. The client’s medical bills were approximately $20,000 and the case was able to be settled for $200,000.

One of Matt’s clients was looking at a sentence of 35 years to life in a federal prison for charges stemming from methamphetamine trafficking charges related to the Sinoloa Mexican cartel. Matt was ultimately able to negotiate a plea where the Federal Government agreed to recommend a sentence of 7 years in prison for his client - a much better prospect than his client dying in a federal penitentiary.

One of Matt’s clients was involved in a horrendous motor vehicle accident where the mother of a severely disabled adult daughter was killed. The disabled daughter was also severely injured. After Matt investigated the case, he was able to secure a settlement of over half a million dollars for his client. This amount did not make the client whole by any means but did provide her father with some valuable financial help to continue to care for his daughter.

Matt successfully had a conviction overturned by the Eleventh Circuit Court of Appeals after oral arguments were had. The underlying conviction dealt with the largest online drug distribution sales of Viagra which was being operated out of Clanton, Alabama. Among the Federal Government witnesses were individuals from Australia and Romania and ultimately the jury returned a guilty verdict. However, the verdict was overturned due to the Government violating the client’s rights to confront her accusers.

United States Court of Appeals for the Eleventh Circuit, 2002

The Alabama and American Associations for Justice